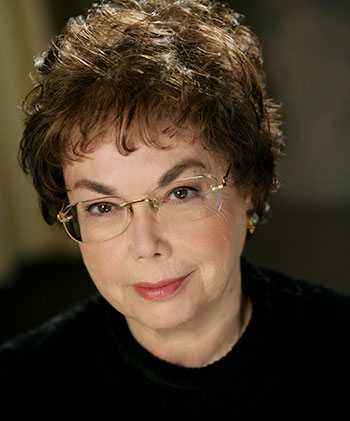 A biographer and art historian, Laurie Wilson is the author of Alberto Giacometti: Myth, Magic and the Man, published by Yale University Press in 2003. Her new biography, LOUISE NEVELSON: Light and Shadow, will be published in Fall 2016 by Thames & Hudson. She is also a practicing psychoanalyst on the faculty of the Institute for Psychoanalytic Education affiliated with NYU School of Medicine. Her involvement with Nevelson dates back to the 1970s when she spent fifteen hours interviewing the artist for her doctoral dissertation, Louise Nevelson Iconography and Sources (1976), which was subsequently published in the series: Outstanding Dissertations in the Fine Arts. She has also written over a dozen chapters, articles and essays on Nevelson for professional journals and publications, including essays for the 1980 retrospective at the Whitney Museum (for which she conducted additional interviews with the artist) and the catalogue essay for an exhibit at the Phoenix Museum of Art.

I am often asked how the three fields in which I have become expert fit together: art history, psychoanalysis and art therapy.

When I was studying and gaining experience in each I did not imagine that much later I would find deep and lasting links among the three of them.

Studying art history at Wellesley College where each class had a studio component, I discovered the depth of my love for art.

That experience inspired me to study sculpture and drawing for several years, first at the Art Students League in New York and then the Accademia di Belli Arti in Rome.

Needing to make a living to support what I jokingly referred to as my vice — sculpture — I embarked on a career as an art teacher and art therapist. Both made me realize the power of art to heal and enlighten as well as to delight.

Finally, wishing to understand the people (children and adults) with whom I was working in a deeper way: I began to explore psychoanalytic theory and practice. Why people made their art the way they did was the question that drove me to pursue answers that were both complex and profound enough to satisfy my curiosity.

Some years later I found myself at a university teaching art and psychology to artists, art therapists and the general public. That is when I realized that all my previous explorations and study had come together.

Psychoanalytic thinking could be applied to artists from past centuries as well as to people in clinical settings in the present. Both would be enriched by the multilayered complex questioning that is characteristic of the field.

Art therapy as a profession had been built on a psychoanalytic foundation which assumed that there must be complex meanings for artwork and art-making by patients. It was an easy transition for me to assume that the same would be true for work done by fine artists. And so the circle was complete. I could study the lives and work of artists with the goal of discerning what motivations and meanings might be hidden from the general public but could be discovered by someone with triple training.

I had always admired the works of Alberto Giacometti and Louise Nevelson. Their art and their elusive fascinating lives drew me into a decades-long study.