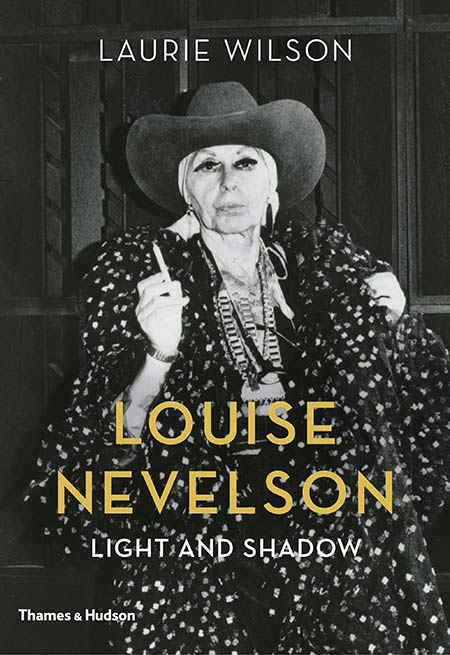 The most complete biography of the iconic sculptor Louise Nevelson, the groundbreaking artist and fixture of New York’s art world based on hours of interviews the author conducted at the height of Nevelson’s fame

In 1929, Louise Nevelson was a disappointed housewife with a young son, surrounded by New York’s vibrant artistic community but unable to fully engage with it. By 1950, she was an artist living on her own, financially dependent on her family, but she had received a glimmer of recognition from the establishment: inclusion in a group show at the Whitney Museum of American Art. In 1980, Nevelson celebrated her second Whitney retrospective. Her work was held in public collections around the world; her massive steel sculptures appeared in public spaces in seventeen states, including the Louise Nevelson Plaza in New York City’s Financial District.

The story of Nevelson’s artistic, spiritual, even physical transformation (she developed a taste for outrageous outfits and false eyelashes made of mink) is dramatic, complex, and inseparable from major historical and cultural shifts of the twentieth century, particularly in the art world. Art historian and psychoanalyst Laurie Wilson brings a unique and sensitive perspective to Nevelson’s story, drawing on hours of interviews she conducted with Nevelson and her circle. Over 100 images, many of them drawn from personal archives and never before published, make this the most visually and narratively comprehensive biography of this remarkable artist yet published.
98 illustrations

“This new biographical account of Louise Nevelson . . . is the most fact-based to date… The art historical and psychological analysis contained in the book, the interviews, and the research, all seek to unearth who exactly Louise Nevelson was in all her contradictory poses. Wilson delves into the artist’s psyche in a quest to offer psychological and scholarly-based insights into the relation between Nevelson’s art and her personal eccentricities.”
–Hyperallergic
(Read the full review here)

“A much-needed, comprehensive biography of a great American artist. Wilson, an art historian and practicing psychoanalyst, is perfectly suited to write this intimate, revealing biography of the artist she interviewed many times and considers ‘one of the greatest American artists of the twentieth-century.’”
– Kirkus Reviews
(Read the full review here)

“The depth and beauty of this book is extraordinary. I lived with Louise Nevelson for almost twenty-five years and never asked questions that I thought would be intrusive. Laurie Wilson’s brilliant biography answers those questions with remarkable insight.”
—Diana MacKown, Nevelson’s longtime assistant, and friend

“Separating truth from myth, a perceptive investigation into the ‘larger than life’ American original, Louise Nevelson. A fascinating read for someone who knew her well.”
—Arne Glimcher, founder of Pace Gallery

“Based on primary sources—especially unpublished interviews with the artist, her family, friends, and dealers— Laurie Wilson presents new information, adroitly separates facts from fiction, and reveals the complex personality of a much admired but little understood artist.”
—Valerie J. Fletcher, art historian and curator

“Laurie Wilson finds a delicate and delicious balance between art history and psychoanalysis in this authoritative, exhaustive biography. With an opulence that Nevelson herself would have admired, Wilson proclaims her subject’s genius and sculpts a permanent place for Nevelson alongside her most admired contemporary, Pablo Picasso.”
—Vera Camden, Professor of Psychiatry, Case Western Reserve University and English Literature, Kent State University

“Reads like a thriller with the hero, art, as savior…This compelling biography examines Nevelson’s inner life, and portrays her as an artist, woman, and complex human being. It is fascinating to read how she cultivated her image and rose to prominence in what was the macho art world of her time with her evolved and original works. Wilson’s refreshing account also includes Nevelson’s inspirational friends—many of them women—from the movers and shakers of her era. At last a major, yet inclusive, work in the genre of Art History!”
—Jane McAdam Freud, sculptor

“In this biography of Ukrainian-born American sculpture artist Louise Nevelson, famous for her work with shadow boxes and black wooden walls, Wilson, a practicing psychoanalyst who teaches at NYU, uses her professional expertise to explore the inner life and motivations of the artist and her artwork. Wilson details the artist’s eccentricities and places Nevelson’s success in the context of the 1970s, specifically the male-dominated contemporary art scene in N.Y.C. Her descriptions of Nevelson’s art are vivid, carefully observed, and insightful.”
—Publishers Weekly

“This capacious, precisely detailed biography, the first in a quarter-century, was a long time in the making and consequently brims with diligently mined and carefully weighed revelations. Wilson’s fascinating, well-illustrated explication of Nevelson’s artistic quest reignites appreciation for the profound complexity, evocative beauty, and mystical power of her work.”

“Meticulous… Illuminates the character, life, and work of an extraordinary creative figure from the twentieth century. Well worth the read for those interested not only in this artist, but in the impulses driving any great artist, this biography is also apt for those who believe, like Nevelson, in the inseparability of art and life.” – Public Art Review
(Read the full review here)

Longlisted for the PEN/Jacqueline Bograd Weld Award for Biography